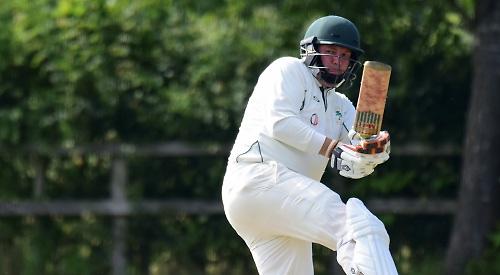 DIVISION 2A league leaders HENLEY 2nds went down to their first defeat of the season at AMERSHAM 2nds last Saturday.

The home side, batting first, were bowled out for 182 with Cameron Jacobsen taking 4-33 and Simon Wheeler 3-34.

In reply Euan Brock top scored with 51 but this was not enough as Henley were dismissed for 166.

KIDMORE END moved off the foot of the Division 2B table despite losing out by 51 runs at READING.

The home side, batting first, put on 158-8 with Manpreet Singh returning figures of 3-37 for the visitors.

In reply, Kidmore End were bowled out for 107 with Ben Tegg top scoring with 45.

WARGRAVE 2nds remain top of Division 4A despite losing their first match of the season at MAIDENHEAD AND BRAY 2nds.

The villagers, batting first, were all out for 127 with Kieran Lall top scoring with 32. In reply, Oliver Winterbottom took 4-31 for the visitors as the hosts reached their target in 37 overs, finishing on 128-7.

Division 4B table toppers HARPSDEN eased to a six wicket victory at RUISLIP.

The home side found scoring runs hard to come by as they were all out for 106 with M Stanley taking 4-9. In reply, Harpsden reached 109-4 in just over 22 overs to win the game.

WARGRAVE 3rds were held to a draw in their home Division 6A clash with CHESHAM 3rds.

The visitors, batting first, put on 211-7 with Sam Pepall taking 3-47. In reply, Wargrave ended their innings on 151-6 with Mark Richards top scoring with 36.

Zia Ul Haq took 4-37 for the hosts as Newbury were bowled out for 134. In reply Chris Pigden top scored with 48 not out as Kidmore End reached their of 137-1.

KIDMORE END 3rds defeated home side ROYAL ASCOT 4ths by 90 runs in their Division 9A clash.

The visitors, batting first, put on 224-5 whilst the hosts closed their allotted overs on 134-5.

Elsewhere in the division, WARGRAVE 4ths lost out by eight wickets at NPL 3rds.

KIDMORE END 4ths crashed to a heavy 184 run defeat in their Division 10A clash at home against READING 4ths.

Batting first the visitors posted 229-6 before bowling Kidmore End out for just 42 runs.