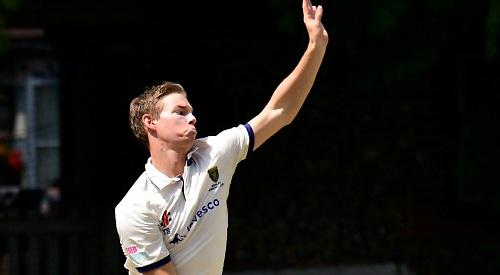 FRUSTRATINGLY for HENLEY, an away win at THAME TOWN eluded them as the home side mounted a stern rearguard action and saw out their overs, never having demonstrated any real ambition to chase the visitors’ total of 303, their largest in a while.

Having once again won the toss, a glorious Saturday morning and a good wicket were probably the inducements for Henley to bat first, somewhat to the surprise of the home side who were dismissed with some ease at Henley back in May and were expecting a similar barrage first up.

Instead they found themselves in the field under a hot sun as Henley set about accumulating a score north of 300 worth five batting points.

Mike Williams and Tom Scriven opened and put on 82 for the first wicket, that of Scriven, who will reflect on a wicket thrown away in otherwise untroubling circumstances.

Skipper Mike Roberts replaced him, soon exploiting a bland Thame bowling attack, all of whom, with the exception of Malan, would prove expensive.

Williams sailed past 50 looking set for another 50 but it was not to be as he fell victim to Mushtaq, caught at slip.

Richard Morris took little time to gauge the fare on offer, rattling up 65 off 55 balls including six fours and four sixes in a 130 run partnership with his captain who was cruising along only to be given out lbw a few balls later.

Euan Woods and Matt Rowe almost saw Henley to the 300 mark, Woods out caught in the deep with the score on 297.

Stewart Davison was Rooney’s fourth wicket, a golden duck, after which Rowe and Harry Jordan propelled Henley to 303 declared in 61 overs which meant Thame had 59 overs to get 304.

If Thame harboured any ambition of giving chase, it was not immediately apparent and it disappeared entirely once openers, Michael Beard and Will Sutcliffe, departed at 35-2.

With their leading batman Ebsworth-Burland unavailable, there was not a lot of gas in the tank.

Dinushka Malan and George Lasseter soon followed and at 50-4 after 16 overs, Henley had grounds for optimism. But the next 43 overs yielded just two wickets.

Callum Russell and Robin Thompson were prised out to make it 87-6 off 34 overs but Bishal Bidduth and Hassam Mushtaq proved to be the immovable objects, no better reflected than in Bidduth’s 29 not out off 87 balls, of which only 10 were scoring shots.

By contrast, Mushtaq’s 50 not out off 56 balls was positively gregarious, but both amply demonstrated that if you remove the need or desire to accumulate runs or chase a score, batting and blocking are far less challenging.

Henley gave and tried everything, Roberts rang the changes with eight bowlers including a couple of overs of spin from Richard Morris, records were broken with serial maiden overs, fielders crowded the bat and, unfortunately, some quite takable chances went begging.

By the end, the sixth ball of the 59th over was a blessed release and relief for all concerned and Henley had to settle for the draw and 14 points rather than 25.

• IN Division 2 WARGRAVE ran out five wicket winners at BURNHAM. Batting first the hosts were bowled out for 132 before Wargrave hit 133-5 to wrap up victory.