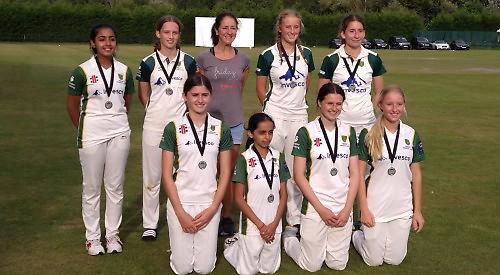 THE junior girls division within Henley Cricket Club has improved in recent years culminating in various achievements this campaign.

The girls’ section at the club now has 80 players aged seven to 17 with hopes of increasing this to more than 100 next season.

The efforts of the volunteers led ably by Diane Lee and Ness Bowlby, with coaching support from Chris Ellison’s Performance Cricket, has helped gain success this season.

The softball format proved popular for those new to the game with most transitioning to hardball cricket with only a single season of the softball version under the belt. The U13 hardball team topped their league fending off nearest rivals Slough after beating them in the Twenty20 Blast final earlier this month.

The U15s made it to the regional finals of the National Lady Taverners Cup — one of eight teams countrywide to accomplish this. The team also narrowly finished second to Falkland in the league, winning 10 of 12 matches. Henley gained revenge on Falkland in the U17 league, winning both the division and final comfortably. In the process, the U17s lost only one match the entire season.

The whole squad performed well throughout the season with Lily Bowlby playing in every U13, U15 and U17 fixture as well as turning out for the U11 boys on a regular basis.