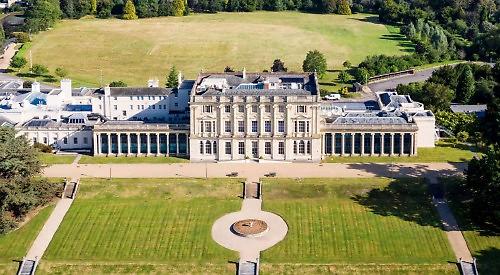 THE council agreed to also allow BBC Caversham Cricket Club to use the green despite protests from some members.

The club can no longer use its old pitch at Caversham Park after the BBC sold the estate (pictured) to a developer.

Woodcote Cricket Club allowed it to share the village green but without the council’s permission.

Councillor Robin Peirce said: “What I want to get to the bottom of is why on earth we should be permitting BBC Caversham to use our green.

“I don’t wish to see us renting out our village green to other teams purely as a cash cow.”

He said there were plenty of other grounds that BBC Caversham CC could use.

But Sam Peates, chairman of Woodcote CC, said there were no longer any grounds in Reading and the Caversham club had nowhere else to go.

He added: “Village cricket was dying because there was a restriction on the number of people who wanted to play. Now that has been turned around and it’s growing but there just aren’t the grounds for them to play on.”

Mr Peates asked that Caversham be allowed to continue using the green for another season or two, saying that otherwise it was likely to disappear.

He said Woodcote were unlikely to use the pitch for 10 Sundays next season so there was room.

Councillor Stuart Lawson said that two years was too long.

The council agreed, on the casting vote of the chairman Malcolm Smith, to give BBC Caversham CC two more years to use the green after which it would have to find somewhere else.