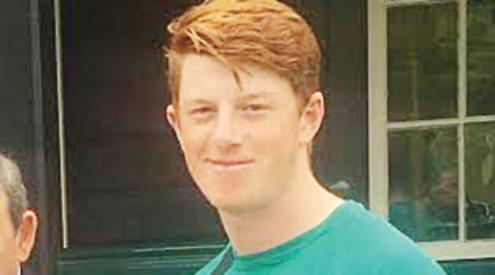 BERKSHIRE boosted their hopes of regaining the Western Division 1 title when they crushed holders OXFORDSHIRE by nine wickets at Finchampstead this week, writes Dave Wright.

It was sweet revenge for the defeat to their neighbours last year that ended Berkshire’s hopes of a record fifth straight title.

Oxon were bowled out on Sunday for 173 — skipper Jonny Cater making 77 — and there looked like being little between the sides on the first innings when Berks slipped to 135-8, the last three wickets going down in the same over.

But skipper Dan Lincoln and Tom Nugent transformed the match by adding 116 for the ninth wicket with Lincoln making his maiden Championship century and going on to make 121 from 145 balls before he was last out at 274, a lead of 101. Henley captain Nugent scored 34 before being stumped after occupying the crease for 110 minutes.

Oxfordshire’s Max Mannering finished with 6-118 but he was soon eclipsed by his fellow off-spinner Euan Woods. The Wargrave bowler took 6-57 — his best in the Championship — and was well-supported by Reading skipper Luke Beaven (3-37) to dismiss Oxfordshire for 185 with no batsman reaching 40.

That left Berkshire with a target of 85, which they reached in the 26th over after Wokingham team-mates Andy Rishton and Imran Malik had put on 74 for the first wicket.

Rishton, who was dismissed first ball in the opening innings, finished unbeaten on 46, while Championship debutant Malik was caught behind for 32 as he followed up his half-century in the first innings. He now looks set for an extended run in the team.

Berkshire are firm favourites to win the Western title as they have two games left while Oxon have only one. Their remaining fixtures, both in August, are away to Cheshire and home at Falkland to Herefordshire, two sides who have lost to Oxon this season.

Berkshire play Middlesex in a 50/50 game at the Falkland club in Newbury on Sunday (11am).