Stars of the future awarded at club’s presentation evening 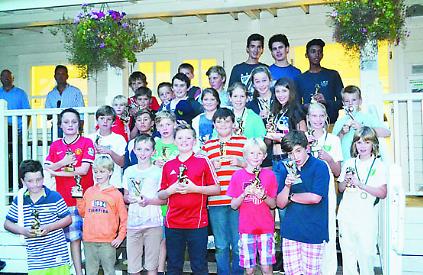 The event was held at the club’s Brakspear Ground Pavilion on Friday.

About 300 people attended the evening which was opened by club president John Nelson, followed by an address by Greg Stone, chairman of the Henley juniors.

Mr Stone is leaving the club and will be replaced by Paul Smith.

Awards for the best batter, bowler and most improved players were presented to players from each of the junior teams. Michael Roberts and David Barnes, of Henley’s first team, presented the awards.