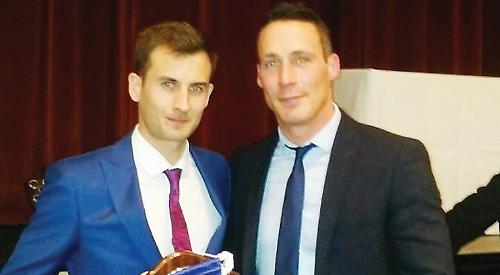 Wheeler, who guided his side to the title with a huge 56 point lead over second placed Slough, was presented with his award on Friday night at the British Airways Concorde Club in Heston by former England and Glamorgan fast bowler Simon Jones.