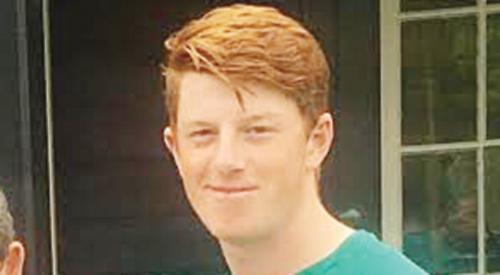 Selected for the Young Lions at the end of September, which coincided with his 18th birthday, Woods has since attended training sessions at Loughborough. Now he and his fellow squad members will link up with the more senior Lions squad in Dubai for two-and-a-half weeks under the supervision of their head coach Andy Hurry. The Young Lions are all eligible to play for England U19s in their tour of India in the new year.

Woods has taken some giant strides in his cricketing career in the last year. An age group player for Surrey since 2014, Woods was promoted to the Surrey Academy in 2016, joining Henley last winter, more than establishing himself this summer not only in the Henley first team with bat and off-spin, but also for Berkshire where his innings of 142 not out was the bedrock of the minor counties side’s Unicorns Championship final victory against Lincolnshire at Wormsley at the end of August.

Speaking ahead of the tour Woods said: “I’m looking forward to working with some great coaches and improving my game, especially against spin.

“I have played in Sri Lanka before in the heat and humidity but this will be a big step up. I’m really looking forward to it. I’m not nervous, I’m not the type who gets nervous. I joined Surrey in 2014 and the Surrey Academy this year which has really improved my game. I hope being with the Young Lions will improve my game even more.”

Henley captain Michael Roberts added: “He’s fully deserved his call up with the performances he’s put in with Surrey and Berkshire and it will be a great learning opportunity for him.

“For someone so young, he has such an even temperament and this will stand him in good stead in more testing and unfamiliar conditions.

“We sense he’s still got a lot of potential to unlock and it’ll be exciting to see his development over the next 12 to 18 months.”