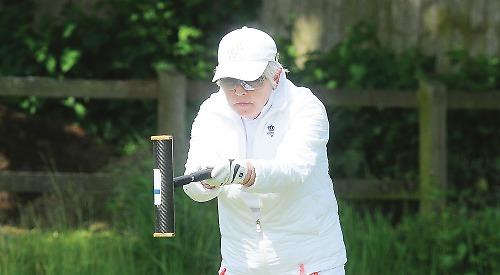 PHYLLIS COURT A got their National Inter-Club Championship campaign off to a good start with victory at Woking last week.

Fielding their strongest possible line-up, save their sole international player Charlie von Schmieder who was unavailable, the Henley club were given a tough test by their hosts.

Phyllis Court’s Frances Colman provided the ideal start for her side with a straight games victory in her morning singles match while Helena Fensome did well to come back from one game down to win her match soon afterwards.

Woking stayed in the fixture with a win in the deciding game of the morning doubles over Chris Roberts and Ian Norris, leaving the tie poised at 2-1 with four afternoon singles to play. Fensome completed a good day’s work with a quick win in her second match, but defeats for Roberts and Colman, the latter with some last hoop drama, tied the fixture at 3-3, as all eyes fell on Norris and the last match to finish.

Norris had looked to be in control with a comfortable first game win, but good positioning play from Woking’s Bernard Jones had taken the match to a deciding third game. Hoops were traded in turn until Norris hit a crucial centre-ball clearance to give Phyllis Court game, match and fixture.

They now play either Dulwich or Hunstanton in the quarter-finals.