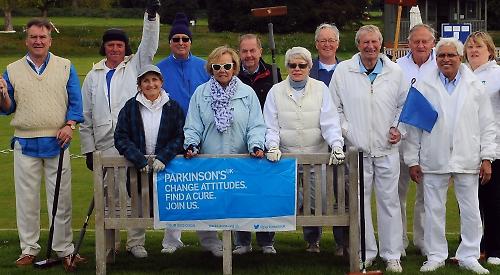 CHRIS ROBERTS was undefeated in the Phyllis Court heat of Croquet’s National Charity One-Ball Competition in which £130 was raised for Parkinson’s UK.

A field of 12, bedecked in the charity’s blue house colour, survived a cold start and played six rounds of games before the winner emerged.

Roberts’s closest match was a one point victory over Raghu Iyer before he met Peter Haydon in a last round de-facto final, in which nothing went right for the latter.

One-Ball is a trimmed down version of the original game now known as Association Croquet, which is seeing something of a resurgence at Phyllis Court, bucking the national trend.

Meanwhile, at golf croquet two Phyllic Court club members celebrated reductions in their handicaps in the past fortnight with firstly Peter Haydon at the Surbiton Open and then Roger Goldring at the Sidmouth Open getting down to the two and one handicap ranks respectively.