Back to back wins for Phyllis Court 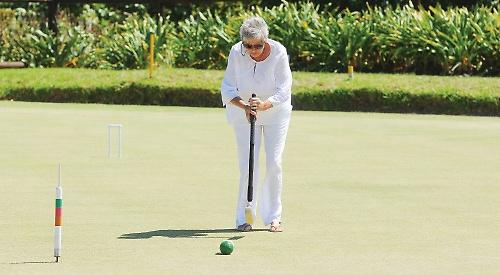 PHYLLIS COURT A struggled to see off a game Littleton team last week, despite appearing to be much stronger on paper in their first league fixture of the season.

The first round, best of three matches, all went well enough in the morning giving Phyllis Court a controlling 3-0 lead.

The afternoon singles were another matter though, and Littleton took a game in each and, in the case of the one versus one match, Chris Roberts lost out.

Monday saw a second outing in a week for Phyllis Court A and another comfortable 6-1 scoreline, this time away at Harwell.

The Henley club gave a run-out to the experienced Carole Jackson and David Hopkins, who are recently arrived from South Africa for their summer in Henley.

Chris Roberts rested himself from this fixture, but Phyllis Court were still much the stronger side on paper and were again 3-0 up at the half-way point.

This time they pressed home the advantage with straight games wins from Jackson, Goldring and Helena Fensome, yet just as in the previous fixture, there was an unexpected slip in the one versus one rubber, when Hopkins got undone by a lower ranked opponent, leaving Phyllis Court denied of a clean sweep.

The shaky start to the season that saw Phyllis Court B lose their first two games now seems to be well forgotten as Raymond Wood’s team scored a third victory on the bounce last week.

Top dog this week was Hugh Crook who won both his doubles games and then both his singles too, while number one player Mike Fensome was also impressive in beating with the higher ranked Basingstoke captain.