League leaders held to draw on their travels 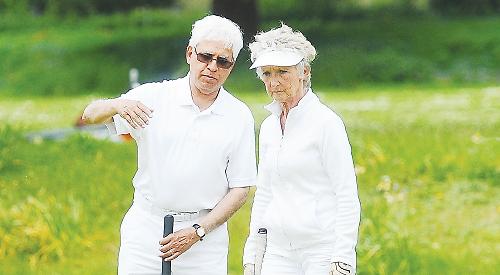 WITH the Phyllis Court croquet courts closed for regatta, the club used the occasion to play some away fixtures last week, and first into action was their unbeaten C team.

Raghu Iyer was back at the helm of the league leaders for a visit to High Wycombe, who provided Phyllis Court C with their toughest match yet and earned a 6-6 draw, so taking a first league point off of the Henley club.

Iyer, Dianne Browne, Ralph Chambers and the fast improving Robin Coates all won two and lost two apiece, and the settled squad — missing only Delia Norris on this occasion — saw Phyllis Court C stay top of the Handicap League North despite losing their 100 per cent record.

Elsewhere Phyllis Court’s top association croquet team earned a draw at Blewbury on Wednesday of last week. In the top match between the two international players, England’s Robin Brown warmed up for this week’s British Open with a +16 victory over Phyllis Court’s Carole Jackson. Phyllis Court’s Chris Roberts capitalised on a slip from Blewbury’s higher ranked Nick Butler to level the match with a +10 win.

Roberts and Jackson were joined by club mate David Hopkins back at Blewbury on Saturday where the former won a small single day association croquet tournament by a narrow margin.