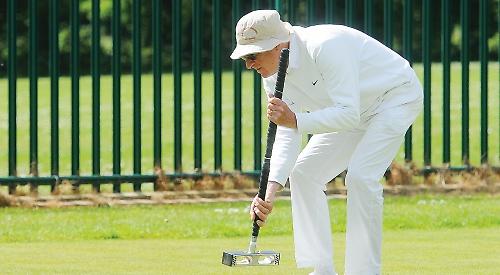 PHYLLIS COURT’S Richard Peperell continued to reap the rewards of his improving association croquet skills with a third tournament win of the season, this time in far off Ramsgate.

Peperell was undefeated in his five games over the weekend in winning the host club’s open handicap event.

He faced opponents with handicaps from as low as 2 up to matching his own 11 grade, and on this form, croquet’s automatic handicapping system will soon adjust this local man’s mark down still further from the 14 he started his season on.

Chris Roberts recorded the sole home win in the first match with a last turn break that put him ahead by a crucial single point and all the other games were decided by single figure margins.

Peter Haydon was Phyllis Court’s only winner in the High Wycombe match. Three of the Henley club’s team warmed up at the Ryde Open on the Isle of Wight last weekend where Roberts, David Hopkins and Carole Jackson all qualified for the quarter-final stage along with this week’s team reserve Roger Goldring.

Only Roberts progressed further and he went on to the final, where he lost for the fourth time, as he searched for an elusive first win on the island, while Hopkins recovered to win the consolation plate event and ended fifth overall.