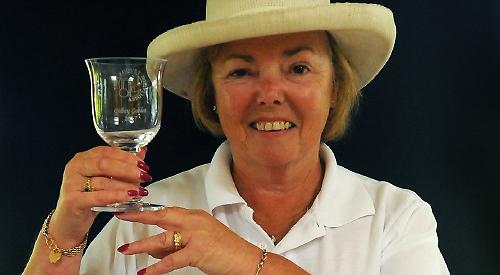 Colman gets her name on another of the CA’s three most historic rolls of honour, following her class success in the Challenge tournament two seasons ago.

Colman had to wait an extra four days for this latest victory because her final that was scheduled for the last day of the Challenge and Gilbey tournament, at Budleigh Salterton, which couldn’t start due to flooded courts the previous weekend.

With the agreement of the tournament manager, the final was played closer to home for both finalists who chose Roehampton for the encounter.

Colman got off to a cracking start and established a lead, into which Michel could not make an inroad, and the Henley player won very comfortably.

The Challenge and Gilbey tournaments date back to 1900 and 1920 respectively, and have been run as a joint exercise since being first brought together in 1923.

There were no contests during the Second World War so Colman becomes the 89th winner of the Gilbey Goblet.