Fensome hits back to triumph on her travels 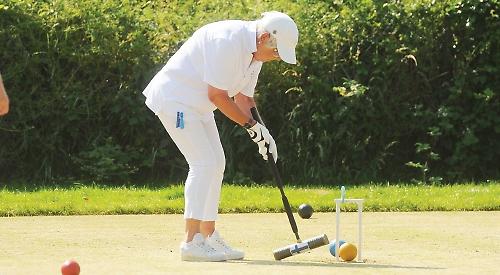 AS the croquet season at Phyllis Court entered its last week, several players were still in comparative action away from Henley.

Helena Fensome was in good form at the Hamptworth Club, near Salisbury, where after a poor start she recovered well to win the Saturday tournament and finish fourth in the Sunday event.

Fensome and husband Mike both took part in the senior half of this two-classed tournament that is the last of such events before ‘winter play’ takes over at the venue. There was no hint of winter play for Peter Haydon though, who jetted off to the Algarve for the Portugese Open Championship where he recorded a creditable fourth placed finish last week.

And similarly taking in the sun, Frances Colman and Raghu Iyer saw action in the annual Greek AC Handicap Championship on Corfu.

Back at home, all of the GC Phyllis Court season-long internal competitions have now reached their conclusions with the last one, the 3+ doubles, ending with the closest possible result.

Iyer and Dilys Earnshaw beat the Delia Norris and Dianne Brown combination 7-6, 6-7, 7-6 to win that title for the first time.

The last of the AC internal competition matches were being played this week and the much-improved Richard Peperel’s earlier victories won him the handicap block event on Monday when other results went his way.