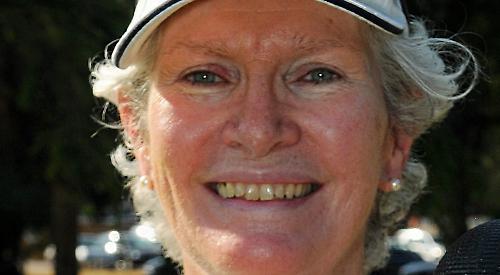 MADELEINE Probert enjoyed a dream debut for Phyllis Court B as the club provided all the players for Oxfordshire in the County Championship and a national tournament survived flooded courts in a busy week for Henley croquet.

Phyllis Court B beat Blewbury C 11-5 with Probert marking the start of her handicap league career with four unanswered game wins thanks to wise use of her extra turns.

Returning to form was Colin Morgan who contributed three wins to back up two each from Robin Coates and captain for the day Dianne Browne.

Phyllis Court C also fielded a debutant in the shape of Russell Robinson who won two of his four games as his side narrowly went down to a 9-7 defeat to Wingrave.

Mid-table finishes seem likely for both Phyllis Court teams this season as the last fixtures for each side approach next week.

On the tournament front, heavy rain threatened to disrupt the Phyllis Court hosted round of the National B-Level Series last week when the courts became waterlogged midway through the first day’s play of the two-day event.

Stoically, the field of 15 players representing nine different clubs around the country and Iain Mason from South Africa, played-on despite the puddles and the eight-game first day programme was completed by 7pm.

The tightest of all finishes saw last year’s winner Mike Bilton from Yorkshire triumph again but by virtue of a single net hoop advantage over Brian McCausland from Somerset, after the pair tied on 11 game wins each.

Roger Goldring captained the Oxon unit where Raouf Allim was impressive in winning all his singles games to become the first Phyllis Court player to reduce his handicap to minus three.

Mike and Helena Fensome played Oxon’s Saturday games with mixed results and Chris Roberts could only do likewise on the Sunday with Dianne Browne, who played very well indeed stepping up in class on her county debut.

Oxfordshire finished mid-table in Division 2 but Berkshire were bottom and face the prospect of having to pre-qualify for next season’s event if a new county were to enter.