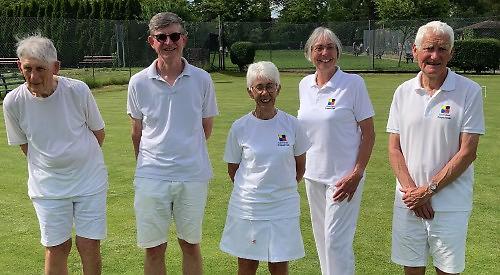 CAROL JAMIESON won all four of her matches in Caversham Croquet Club’s qualification round of this year’s All England GC competition on Sunday.

Jamieson’s overall victory gave her a place in the south area final at Phyllis Court on August 6.

It was Jamieson’s second tournament victory in as many weeks following her qualification for the national C-level GC final at Ryde, Isle of Wight, in September.