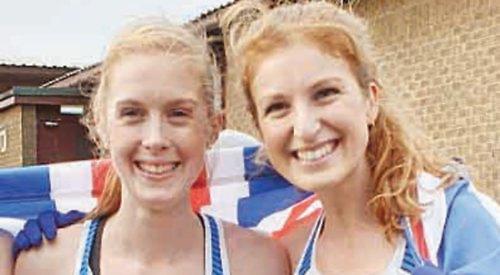 MEDMENHAM athlete Pippa Woolven returned to fitness after a spell of ill health last year to finish in fourth place at the Simplyhealth Stirling Cross Country Challenge in Scotland on Saturday.

In the elite women’s event, run over 6km, Woolven finished fourth and was the second GB athlete home behind Charlotte Arter who finished second.

A tough race was played out over Stirling’s Golf Course. A tightly packed field for the first two laps saw Arter leading the race heading into the final lap but ultimately she had to settle for second place behind German Elena Burkard, competing for Europe.

Team GB finished second overall, ahead of team USA but just behind a strong European team.