20mph zones ‘would be ignored without police enforcement’ 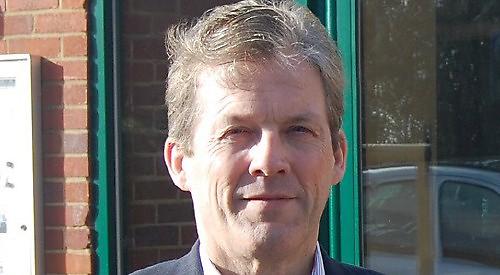 PLANS to introduce more 20mph zones across Oxfordshire have been labelled a waste of money.

Councillor David Bartholomew said the £8 million it would cost to reduce 85 per cent of the county’s 30mph speed limits could be better spent on fixing roads.

The county council, which is run by a coalition of Liberal Democrat, Green and Labour councillors, approved a proposal last week.

Trials will take place in a number of places, including Cuxham.

Cllr Bartholomew, a Conservative who represents Sonning Common division, said the move would not work as the new limits would not be enforced by the police and many drivers would continue to ignore them.

He said: “The administration has put forward a noble but naive proposal. It is nothing more than window dressing. It is just a proposal to change the signs as, in essence, there are no other actual measures taking place to enforce the new limit. The police have said they won’t enforce it.

“Some people would say they would rather see the £8million spent on repairing the roads. The proposal says it is about pricking people’s conscience but if it is a matter of conscience perhaps an advertising campaign would be better and certainly cheaper.”

Cllr Bartholomew lives in Mill Lane, Shiplake, where there is a 20mph sign which he says is frequently ignored by drivers as they know there is no punishment.

He says not all parishes would be in favour of reducing the speed limits, as was proved in Shiplake in 2015. The parish council voted in favour of a 20mph speed limit but only on the casting vote of the then chairman, Tudor Taylor.

Cllr Bartholomew added: “It caused huge controversy. It split the village and the parish council down the middle.

“A lot of people thought 20mph was just ridiculous and asked if it would actually do anything.

A report to the county council said without proactive enforcement by the police the scheme would rely on people’s consciences to make it a success.

It continued: “A key part of the new approach is to promote implementation of 20mph orders using signage only.

“This will enable the restrictions to be introduced more quickly and at a much lower cost but there is a big risk that speeds may not be compliant with the new limit.

“The expected cost of delivering such schemes will vary and be dependent on location but it is expected to be in the order of £5,000 for a small village, £20,000 for a large village and £35,000 for a town.

“While in some areas, compliance with the new speed limit may be well observed due to the existing environment, in others, without physical changes to the road, speed compliance may be poor.

“This may mean limited benefits to the community are delivered and potentially put the credibility of strategy in question.”

Councillor Tim Bearder, cabinet member for highway management, said: “When I speak to residents across the county, they are crying out for safer roads.

“People want to be able to walk and cycle without cars racing down at intolerable speeds. It is about creating a quality of life and making it socially unacceptable.

“This is the first step on the journey and until we do this we can’t enforce it.

“It is just like the smoking ban when people said it wouldn’t work because you wouldn’t be able to enforce it. The police don’t run around every pub but it became socially unacceptable.

“In time, the police may be able to do more speed checks. We may be able to put pressure on government to put in speed cameras but most of the money goes back into central coffers and they are an added cost pressure to the police, which is madness.”