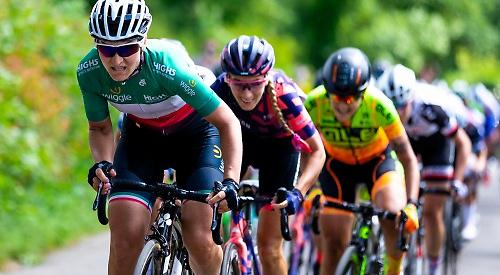 BUSINESSES in Henley will be aiming to make the most of an international women’s bike race which could bring up to 10,000 visitors to the town.

Pubs, restaurants and cafés are to open earlier than usual for the third stage of the OVO Energy Women’s Tour on Wednesday.

The riders will set off from Market Place at 10.30am but will start arriving shortly before 8am and some fans will be in town even earlier to wait for them.

Organisers say that hospitality businesses should be able to take advantage of the increase in footfall as other towns have benefited from previous tours.

The following Henley cafés have confirmed they will open early: Café Buendia (7.30am, serving food from 8am) and Caffe Nero (7am) in Bell Street; Café Copia (likely 7am), Patisserie Valerie (8am or earlier) and Starbucks (6am) in Market Place; Café Rouge (7.30am) in Hart Street; Costa (6am), Drifters (8.30am) and Patisserie Franco-Belge (8am) in Duke Street.

Meanwhile, Gabriel Machin butcher’s in Market Place will sell hot bacon baps from early in the morning and breakfast will be served at Athlete Service in Greys Road car park, Hof’s bar, the Three Tuns and the Argyll in Market Place, the Anchor in Friday Street and the Catherine Wheel in Hart Street.

Henley town and community manager Helen Barnett has been encouraging businesses to capitalise on the race since it was announced a couple of months ago.

She said: “Lots of people have already committed to opening early and we’ve approached others who are still thinking about it or deciding on their arrangements.

“There has been a good take-up as our hospitality businesses want to get on board with the fact that we’ve got this prestigious race starting in our town.

“A lot of visitors from outside the area are expected so it will be a good chance to show Henley at its finest and give the local economy a boost.”

Neil Ainsworth, the landlord of the Argyll, said: “We’re told that there could be a large number of visitors and we welcome that as it will be good for the town.

“It’s a good opportunity to open early and serve these people. A lot of thought and effort has gone into this from the various councils and communication has been very good.

“We’re going to give it a go and think businesses should embrace it as it’s a chance to promote Henley to a wider audience. We’re looking forward to it.”

Ricky Martin, who owns Patisserie Franco-Belge in Duke Street, said: “We’re all set to open early on the day and are looking forward to it.

“We’re really glad that they have created an opportunity for local retailers to benefit from the increased footfall.”

• For a full guide to the race, route, times and road closures, see this week’s Henley Standard.