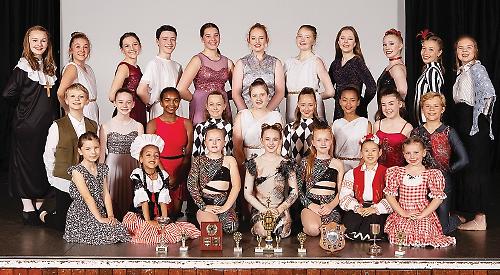 Pupils of J G Dance, which has branches in Henley, Sonning Common and Marlow, won a record number of places in the finals of the British Arts Awards.

The youngsters, aged six to 18, faced competition from thousands of others from across Britain to gain places at the grand finals in London.

J G Dance was runner-up in the leading school award.

Academy principal Ann Morelle said: “The standard was exceptionally high but we are delighted with the results. I am so very proud of all of those who took part.”