Kenton’s 2020 gets off to a flying start 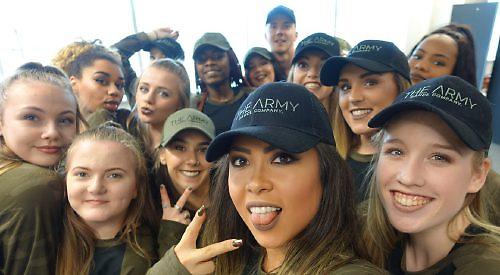 THE Kenton Theatre is getting off to a livelier than usual start to the New Year with a visit from Reading’s The Army Dance Company.

Fronted by Beckie Hughes, the company is putting on two action-packed shows this Sunday (January 5), starting at 2.30pm and 7pm.

A spokesman said the show features a variety of dance styles including hip hop, afro, commercial, contemporary, heels and more, adding: “The Army DC Presents is a family show, so feel free to bring your mum, nan, sister, brother, dad, grandad and whoever else with you. Get ready to laugh, maybe cry, and be a part of the most amazing vibe possible.”

A slightly more sedate pace will be set next Friday night (January 10), when the New Street venue hosts impressionist Julian Dutton’s one-man homage to the beloved BBC sitcom Last of the Summer Wine.

A Kenton spokesman said: “In a sparkling adaptation of Roy Clarke’s world-famous comedy, Julian recreates the immortal adventures of Compo, Clegg and Foggy in three of their classic tales.”

The show, which starts at 7.30pm, has a running time of 85 minutes, including a 20-minute interval. The following night, bandleader Nick Ross and his orchestra are bringing the classic big band sound of the Forties and Fifties to the Kenton — in the form of a concert celebrating Glenn Miller and the Rat Pack era.

A spokesman said: “With a full line-up of saxophones, trumpets, trombones, a rhythm section and special guest vocalist Sam Merrick, the Nick Ross Orchestra will faithfully recreate the wonderful sound of the Big Bands, including those led by Glenn Miller, Count Basie, Tommy Dorsey and Syd Lawrence.”

For more information and to book, visit www.kentontheatre.co.uk