No living advent calendar, so disappointed dancers hold their own 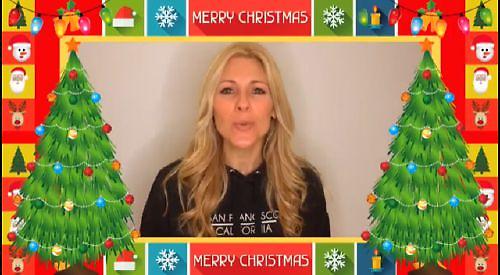 A DANCE academy staged its own virtual living advent calendar after Henley’s popular annual event was cancelled because of the coronavirus pandemic, writes Gee Harland.

Children from Divas and Dudes would usually perform at one of the 24 days of entertainment and were disappointed when it was called off.

Academy principal Stephanie Maxwell said: “The kids were so sad. We work at building confidence with the younger children and a huge part of that is when we perform by the big Christmas tree in Falaise Square in front of friends, family and a crowd of 200 or 300 people.”

She decided to hold their own version of the calendar. Nineteen classes with children aged from three to 16 performed Christmas-themed dances, which Mrs Maxwell recorded and emailed to their parents every day.

She said: “They didn’t know whose performance it was going to be, so they had to watch every day to see if it was them. The kids loved it.”

Each dance performance was about 90 seconds long and ranged from street dance and tap to ballet and modern dance.

The four-year-olds performed ballet to Let It Go from Frozen while the nine- to 11-year-olds gave a street dance performance to a “funky” version of It’s Beginning to Look a Lot Like Christmas.

Mrs Maxwell said: “We
couldn’t share costumes due to coronavirus but it was great to video it so if something went wrong we could just do it again.”

She also persuaded children’s TV presenter Naomi Wilkinson to record a video message to help make up the other five films required.

Mrs Maxwell said: “I reached out to some of my friends and fellow performers to help out. Through a friend who is in the London show Mamma Mia!, I managed to get Naomi.

“We also had videos from Santa’s head elf and Santa himself filmed two messages.”

The academy holds classes in Henley, Emmer Green and Sonning Common and these will resume in the new year with social distancing measures in place.