No need for breakdown cover with this trio 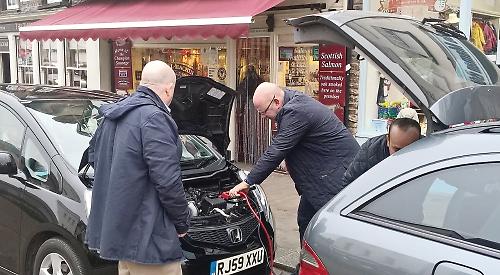 HENLEY Deputy Mayor Will Hamilton is always willing to help, as this photograph proves.

The picture, which he himself sent me, was taken after his councillor surgery in Market Place on Saturday and shows him coming to the aid of a driver.

Will says: “Mr Pearce, a disabled badge holder, had broken down outside Machin’s after doing his weekly shop.

“With the loan of jump leads from Barry Wagner of Machin’s, and the kind assistance of a friendly Chiltern Taxis driver, Mr Pearce’ s engine was fired up and he was on his way again.”