Farewell, Reg, but you'll live on at Caxton House 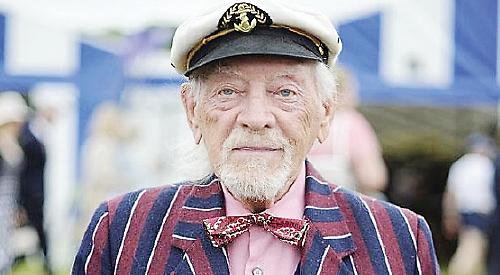 A DEATH notice appeared in the Henley Standard two weeks ago for Reg Judd, who was once a regular spectator at the Henley Royal Regatta.

This reminded me of a portrait which hangs in the boardroom at Caxton House, this newspaper’s offices in Station Road.

The watercolour was painted by artist Bill Mundy, of Wargrave Road, Henley, in 1982 and shows Reg reading that week’s edition of the paper while reclining in one of the regatta’s famous green lawn chairs in the stewards’ enclosure.

Reg, who was then 60, is depicted wearing a white shirt and cerise bow tie with a mint-green blazer and a copy of that year’s regatta programme tucked under his arm.

The newspaper’s front page documents the wet start to that year’s regatta with the headline “Gloom, glamour and galoshes!”.

It also tells the story of Henley policewoman Kim Bishop, who dived into the Thames at Fawley Meadows to rescue a young man who had jumped into the river after escaping from Huntercombe borstal at Nuffield. Mr Mundy, who knew Reg and his late wife Sadie through meeting them at the regatta every year, painted it at home from a photograph he had taken.

He used a fine brush to achieve the sharp and realistic level of detail.

He sold it to Higgs Group, publishers of the Henley Standard, for a nominal fee and presented his subject with a framed print of the image.

Reg, who worked as a further education tutor at Chiltern Edge School in Sonning Common, continued to attend the regatta for many years afterwards and was photographed there for the London Evening Standard in 2012.

His wife worked as an advertising sales rep for the Henley Standard during the early Eighties but died following an illness a few years later.

Mr Mundy recalls painting Reg. “I had taken various photographs of different people that year, as I often do, and thought he would be a great subject as he has a very distinct face and clothes,” he says. I realised while I was painting it that I could have him reading the Henley Standard. It came out well, though I seem to recall making a spelling mistake when I was copying one of the words.

“I take several commissions a year but I just painted that one for pleasure and he was very pleased with the finished result.

“Reg and his wife were the most colourful people you could hope to see at the regatta. They always wore these incredible outfits which complemented each other perfectly.

“They looked great every year and you could see that they really loved the whole atmosphere of the occasion.

“I knew very little about them beyond the fact that we would talk whenever we met every summer.

“They really added something to the overall regatta scene — they were very smart people indeed.”

Mr Judd’s funeral will be held at Reading Crematorium at 2.15pm on June 28. Well-wishers are encouraged to donate to Cancer Research UK through Henley funeral directors Tomalin & Son.

l Close scrutiny of Mr Mundy’s painting reveals that he misspelled the name of Peter Coni, then the royal regatta chairman, as “Conei”.