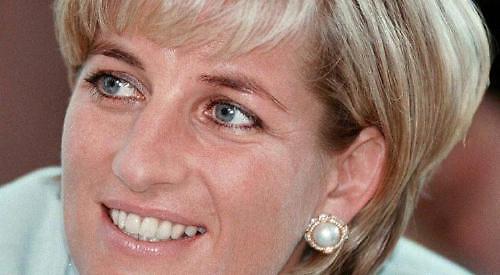 TWENTY years after Princess Diana’s death, a woman from Shiplake has fulfilled her desire to travel to London and pay her respects.

Sharon Irons, of Crowsley Road, couldn’t visit the capital when the tragic news broke on August 31, 1997 as she was on holiday in America.

She returned to the UK with her family on September 6, the day of Diana’s funeral at Westminster Abbey, but didn’t go as she was recovering from jet lag.

However, on Thursday last week she was one of thousands of admirers who flocked to the gates of Kensington Palace, the princess’s former residence, to lay flowers in her memory and mark the anniversary.

Mrs Irons, a mother-of-two who lives with her husband Christopher, travelled by train to London, where she bought a bouquet of white lilies as they were one of the princess’s favourite flowers.

After laying down the bouquet, she spent some time reflecting and talking to other visitors.

Mrs Irons said: “I’m a big fan of Princess Diana, having been brought up in South Africa, where we don’t have any royals. She was quite a phenomenon and someone a lot of people could really relate to.

“I wanted to take a short trip up to London as I wasn’t able to when it happened. There were only a couple of hundred people when I arrived but I understand it became a lot busier later in the day.

“There were people from around the world who were crying and images of Diana were everywhere. Some had been there since the early hours of the morning and they’d brought flags, posters and even a cake with her face on it. I didn’t stay too long as I didn’t want to take up space for other people.

“On the day she died we were at Walt Disney World in Florida and whenever people heard our accents they told us they were sorry for our loss, as if we’d known her personally.

“She’s still incredibly popular — whenever a magazine features her, it always sells out. In the 20 years since her death, I don’t think there’s been anyone as warm or sincere in the public eye. Although she was a member of the royal family, she always expressed herself openly and I admired her enormously for that.”

One person who did attend the vigil outside Westminster Abbey on the day of the funeral was Henley town councillor David Eggleton, who walked all the way there.

He set off at dawn and followed a 39-mile route to Beaconsfield, then along the A40 into the capital via Gerrards Cross and Uxbridge before finally arriving in the early evening. Mr Eggleton, of Gainsborough Road, had printed 15 posters in the style of the queen of hearts playing card which bore a message of condolence from the people of Henley.

He attached them to trees and railings around the abbey.

He stayed up all night chatting with fellow mourners, many of whom he remains in touch with, then caught a train home the following morning.

Mr Eggleton said: “I walked for the challenge and as a sign of my respect because anyone could take the train.

“I was pretty tired by the end of it but I met a lovely group of people and it was an uplifting event.

“I was watching the coverage of the 20th anniversatry tributes last week and it brought back a lot of fond memories.

“The crowds were unbelievably big but there was a respectful atmosphere. It’s remarkable that so many people turned up and there wasn’t any trouble at all.

“People were won over by the way Diana helped so many people. She didn’t need to in her position but she chose to get involved in important causes and I think people really respected that.”