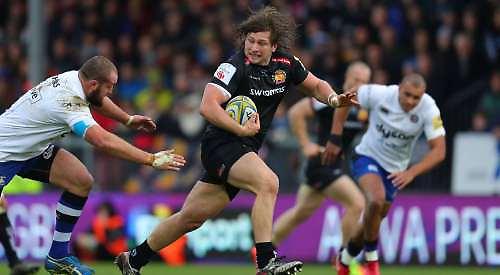 IF Alec Hepburn makes his full England debut against Italy on Sunday in their opening Six Nations clash there’s one man who will be watching with a smile on his face.

Martin Unsworth used to teach Alec at The Henley College and later used to help him out with a place to stay while he tried to make his way in the game.

In fact, had he not given Hepburn the train fare to Exeter where he went for a trial with the Chiefs his story could have been altogether different.

Hepburn grew up in Perth but qualifies for England through his father. He took up the game at Gillotts School and went on to play for Oxfordshire U17.

Martin recalls: “I have known Alec since he was fairly young. He came over here with his dad and joined Gillotts School at age 14 or 15 and he joined Henley Rugby Club.

“When he got to The Henley College he was spotted by England and played about 10 games for the youth teams and was terrific.”

Hepburn went on tour with the college to Argentina in 2011 when he was considering a career in professional rugby.

By the time they got back his mind was made up. He joined the Wasps Academy and later spent a year with London Welsh.

After helping England U20 to the 2013 Six Nations and IRB Junior World Championship double, he went back to Australia and played for Perth Spirit before returning to Henley.

Martin says his former protégé occasionally gets in touch for a chat and advice.

He adds: “He rang me from Portugal the other night. He is a lovely guy and the teachers at the college will remember him for more than just rugby because he was interested in lots of things beside sport.”