Expectant swan penned off from danger 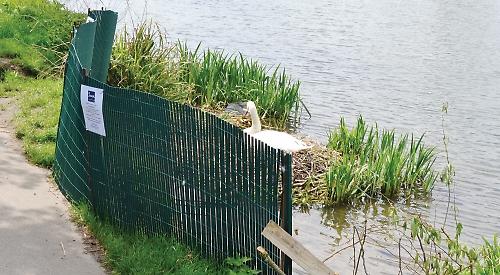 WILDLIFE lovers will be pleased to learn that action has been taken to protect baby swans in Henley during this year’s hatching season.

Readers may recall that in late May last year a newly-hatched cygnet was killed, most likely by an unleashed dog, at a nesting site on the Berkshire side of the Thames towpath opposite Fawley Meadows.

Volunteers from the Swan Support rescue centre at Datchet were called out and fought to save the bird but it died at the scene.

This incident followed the disappearance of one of five eggs from the nest earlier in the month. This year the charity has fenced off the site, which is currently occupied by an expectant pen, and put up warning signs with a phone number to report emergencies.

Hopefully we will see the full brood out on the river next month.