Firefighters to the rescue... of parrot 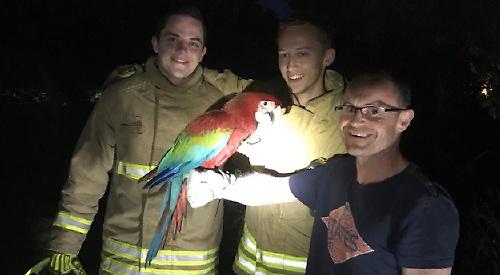 WHEN firefighters from Henley were called to rescue a family pet stuck up a tree, they probably thought it was going to be the proverbial cat.

Little did they know before they arrived at the scene in Peppard that they were actually rushing to the aid of a stricken parrot. They helped the bird, which had escaped from a villager’s home nearby, down from the branches using a 6m ladder before reuniting it with its owner.

The firefighters later posted online pictures of the bird with bright red and blue plumage appearing relaxed after its ordeal.