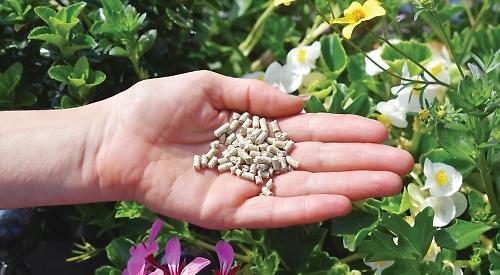 VIVIENNE LEE is keeping an eye out for the health of Henley’s waterfowl.

The businesswoman, who runs the Chocolate Café in Thames Side, os to start selling bags of pellets for visitors who want to walk along the waterfront while feeding the ducks, geese and swans.

She says tourists often pop in asking for crusts of bread but she is reluctant to give them out because bread can be dangerous for the birds to eat.

It fills them up without providing the nutrients they need to keep their plumage slick and produce eggs.

It can also cause a condition called “angel wing” in their young as they mature. This is linked to malnutrition and results in brittle, deformed wings which prevent them from flying.

The pellets, which are made by an Essex firm called Fancy Feed, contain the nutrients that would be in the birds’ natural diet of grasses and whole grains. Ms Lee is selling them for £1 a bag.

She is a vegetarian and keen supporter of animal rights and never allowed her daughters Lydia and Kali to feed bread to birds when they were children. Ms Lee says: “I’ve wanted to do this for quite a while but I’ve been building up my other cafés in Goring and Wokingham and now is really the first time I’ve been able to focus on it.

“Feeding the birds is a lovely activity, not just for the kids but also the adults, who get a lot of pleasure from seeing the children enjoy themselves and scream and laugh when they flock over.

“However, people don’t realise the harm they’re doing with bread and I think it’s a matter of education.

“You can’t just go up to someone and tell them to stop feeding bread but they wouldn’t do it if they knew they were slowly killing the birds.

“This will allow families to still enjoy that tradition without having a harmful impact on the environment.

“I think that’s important as I’ve always been concerned for all living things, both people and animals.”

The Canal and River Trust, RSPB and the Animal and Plant Health Agency all urge people not to feed bread or other processed starches to wildfowl. Instead, they should give feed pellets or whole foods like corn, lettuce, peas, oats, rice, seeds or even worms.