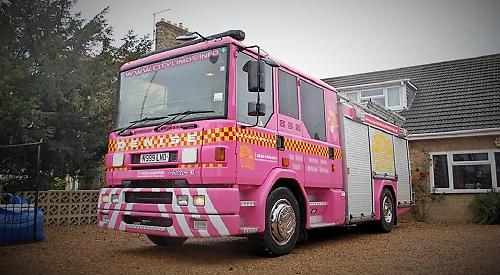 THE iconic red fire engine could soon be replaced by a bright pink version.

At least, that’s what firefighters at Henley fire station would have had you believe after they got into the spirit of April Fool’s Day on Monday.

Staff at the station off West Street tweeted that the new version would be less heavy, saving them time and money on call-outs.

They stated: “We’d like to introduce our new fire engine here at Henley. Studies show the pink paint is 15 per cent lighter than the traditional red, which will save on fuel when attending shouts.”

Hopefully, followers noted the date of the announcement and won’t be surprised when they next see the traditional red version heading through the town.