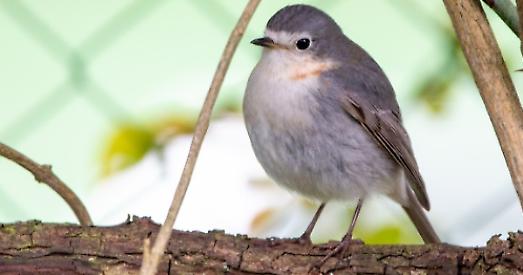 THIS rare image of a white-breasted robin was captured in a garden in Goring just before Christmas.

Amateur photographer Simon Booker spent three hours trying to snap the bird after being alerted by Bridget Thompson, a landscape gardener who works at the property and had contacted the RSPB to identify it.

He was allowed to take the shot as long as he didn’t reveal the address because the landowner doesn’t want to become a target for bird-watchers.

The robin is believed to have leucism, a condition in which pigment fails to reach all of its plumage. It is uncommon but less rare than albinism, where there is no colouring at all. 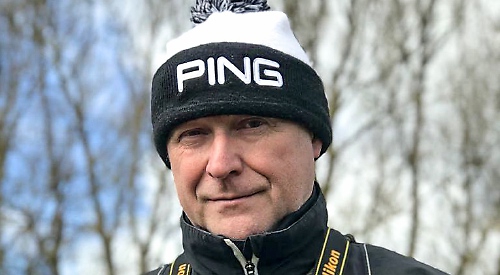 Simon, 56, from South Stoke, has been taking photographs as a hobby since he was a child.

When he moved to the village, he began taking shots of the local landscape on his iPhone while walking his dog and uploading them to social media, where they attracted praise.

He eventually purchased a Nikon D5600 camera and a 600mm long lens, which allows him to take close-ups of wildlife while standing at a distance.

He has previously photographed foxes, kingfishers, owls, kites, deer and hares and has produced wildlife calendars for friends and relatives.

Simon, who is vice-president of sales for an international IT firm, attracted the robin by laying down mealworms in the flower beds, then passed the time waiting for it to arrive by listening to music on earphones.

The bird turned up after almost an hour and Simon fired off several shots before it flew off. He continued to wait until it returned so that he could get some more images.

He doesn’t own a tripod so had to stand very still because it was a dark day and the images could have blurred if his hands shook. He and the landowner sold the photograph to the Daily Mail, which published it on Monday last week, and they will give the proceeds to good causes.

Simon, who is married with three children, said: “It’s a wonderful shot — I don’t know whether the beauty just comes from it being so rare but it’s an interesting little bird and I believe it’s still out there somewhere as there have been other sightings.

“I’ve got a fairly entry-level camera body but the lens lets me get right up close and focuses quickly. I was so pleased when I saw how well the image had come out.

“You can never be sure until you’ve seen it on your computer screen but there’s lots of detail, right down to the orange smudge on its shoulder.

“I was feeling confident about the quality but it was really exciting to get home and see it.

“The robin is a real genetic aberration but hopefully it’ll carry on enjoying life in the area.

“I know a lot of robins end up being killed by cats but it has got more chance than an albino, which would stand out a mile.”

Only one robin in about 30,000 has such markings and they are only photographed a handful of times in the UK each year.