Day the water turned violet and other old school pranks 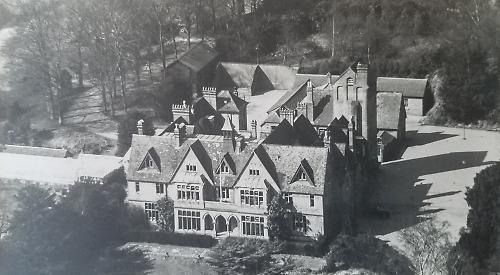 PUPILS at the former Henley Grammar School had a wicked sense of humour.

Former student Lynn Hart, who is organising a reunion for those who attended or taught at the school and King James College before they shut in 1978, says guests have bombarded her with memories of pranks they carried out over the years.

She recalls one occasion in the Seventies when pupils snuck into school during the night and filled the water tank with potassium permanganate, a relatively benign chemical used in science lessons but which has a deep violet shade.

As a result, the taps ran with colourful water for the whole of the next day.

Another time, before Mrs Hart was a student, pupils built a brick wall across the driveway to the site off Paradise Road, which is now the home of The Henley College’s Rotherfield campus.

Although inconvenient, this didn’t prove too hard to remove as the perpetrators rather thoughtfully didn’t use any mortar. On another occasion, the students unfurled a banner on the roof which read: “HMP Henley”.

A former headmaster also had to fend off enquiries from potential buyers when his car was advertised for sale on posters around the town.

Mrs Hart, née Hurlstone, said: “I remember the first incident, although I couldn’t possibly name those responsible. It has been amazing to hear all these stories and some of them are quite brilliant ideas.

“I imagine they were taken pretty seriously back then but I’m not aware of anyone being expelled — possibly because nobody ever owned up. The pupils would have found it hilarious.”

Mrs Hart, a former cruise ship worker from Henley who now runs an events agency for single professionals, is organising the reunion with her former classmate Sandra Mills, now Wickens, who lives in Checkendon and is sports programme leader at the college. The pair were among the final year group to enrol in 1973 and are part of an eight-strong group who still meet up for supper annually despite being scattered across the country.

The lunchtime reunion, which will be held in the Rotherfield building on Saturday, July 18, now has more than 200 confirmed guests after it was publicised on this page.

The women chose the date because their class turns 60 this year. Guests will be coming from as far as Spain, America, New Zealand and Australia and the oldest will be 96.

They will hopefully include Jean Wickens, née Kelly, who is the aunt of Mrs Wickens’ husband Matthew and left the school in 1949.

Also on the list is Beryl Potter, née Eymor, age 84, a keen chorister and tennis and hockey player, who left after finishing her O-levels in 1952 and has lived in Australia for the past 50 years.

Mrs Hart said: “I’ve had so many conversations and it has been great to bring all those old stories back to life. We’ve got whole families coming together from overseas and one person coming back from the States said he couldn’t wait to have a pint of Brakspear.

“For many people, it will be a chance to relive their youth and I’m sure once the main event is over that lots of them will go into town for a drink in the pubs they regularly visited all those years ago.

“They remember the school fondly as a place where uniqueness was celebrated rather than condemned and the boys didn’t feel pressured to do any macho posturing. You could even leave your bag unattended knowing it wouldn’t be stolen.

“One guest said their children think it sounds like Hogwarts, with teachers floating around in gowns and throwing chalk at pupils who stepped out of line. They’re all really looking forward to seeing the place again.”

Anyone wishing to attend the reunion should email Mrs Hart on lynn@harttoheart.co.uk or call
Mrs Wickens at the college on (01491) 579988.