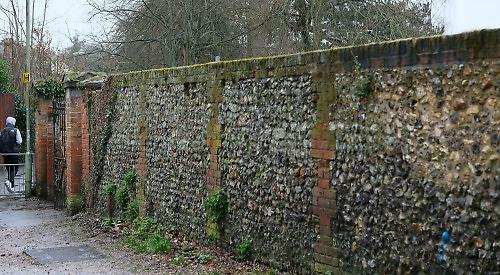 A STROLL along Church Street in Henley takes you past this old commemorative stone set in the brick and flint wall near the upper part of Norman Avenue.

Recent cutting back of the creeper growing here has revealed the letters “W P” and then two more that are difficult to decipher but the second is probably a “V”.

We know that the fabulously eccentric and fine properties in Norman Avenue were built in the late 19th century by Charles Clements.

We also know of local housing developers and builders like Robert Owthwaite, Thomas and William Hamilton and George and Richard Wilson but none of their initials seem to fit this marker.

So was it linked to the builder’s name or something else entirely? Can any reader help solve this puzzle?