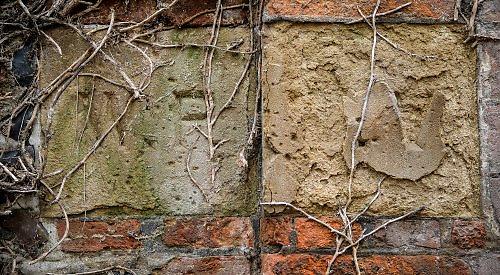 A RECENT Hidden Henley featured an old commemorative stone set in the brick and flint wall near the upper part of Norman Avenue.

Someone had cut back the creeper to reveal the letters “W P” and then two more that are difficult to decipher but the second is probably a “V”.

I asked if anyone could tell me who the initials stood for and now Dr Michael Redley, of the department for continuing education at Kellogg College, Oxford, has discovered the likely answer.

He explains: “I have done a bit of digging in the records. I believe the ‘WP’ may be William Pinkney, who was the owner of the Normanstead Estate in the 1880s and 1890s. If so, then the stone marks the north-east corner of his ground. Pinkney was a clerk in holy orders, although in the 1890s in his Eighties and retired, he was living in considerable state with four domestic servants, in the big house, which is still there on the hill. He died in 1898 at the age of 88.

“The northern end of Pinkney’s land abutted the property of Holy Trinity Church, with its original rectory up the lane behind the present church, and its churchyard going up Greys Hill from the corner with Church Street.

“It is now impossible to be sure what the other set of initials are because they have been worn away. If the second initial is a ‘V’, as you suggested, then might the first have been ‘T’, making ‘TV’, standing for Trinity Vestry?” Thank you, Michael.