From policeman to author with environmental message 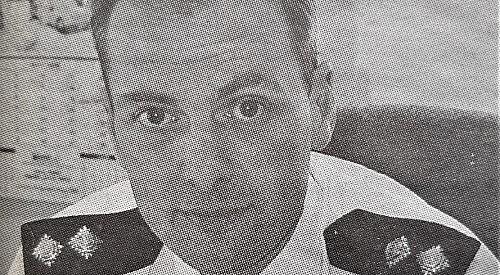 A FORMER Henley police inspector hopes his debut novel will persuade readers to respect the environment.

Kevin Albin, who held the post from 1998 to 2002, was inspired to write Stonechild after changing careers and spending almost a decade leading expeditions around the world.

The 63-year-old fell in love with nature and witnessed the devastation wrought by activities such as logging in the rainforests of Borneo.

In his book, London’s statues come alive to warn humanity that they are destroying the planet and must change their ways. They are peaceful initially but become more forceful when their advice goes unheeded.

Mr Albin, who now lives in France, began writing it in 2011 and attracted interest from literary agents but never secured a publishing deal.

He decided to update the manuscript and release it himself during the coronavirus lockdown. He said: “I sometimes groaned while re-reading it because I’ve improved a lot as a writer but although I changed a few things, the story is the same.

“It seemed a good time to publish it because we’ve all been confined by the coronavirus and many ideas in the book reflect what’s happening in the world right now.”

Mr Albin, who grew up in London, Scotland and High Wycombe, joined Thames Valley Police as a constable aged 18.

He was a sergeant in Henley in the early Nineties and returned as inspector after a stint in the firearms unit.

One summer, when it emerged that football hooligan Andrew Frain planned to bring a gang to Henley during the royal regatta, he worked with the Henley Standard to persuade every pub landlord in town to bar Frain in advance.

Mr Albin quit the force because he was frustrated with the growing amount of paperwork and wanted to work outdoors, which he was already doing under a scheme to help young offenders in Oxfordshire.

He moved to Tours in the Loire Valley with his son Nathan, who is now 15, and retrained as a mountain guide, then started his own business.

He led expeditions to Mount Kilimanjaro in Tanzania, Machu Picchu in Peru and Borneo and won an award for his work in 2011. He stopped to focus on writing for magazines when his son was diagnosed with diabetes.

Mr Albin had the idea for Stonechild after looking at statues on a visit to London.

Inspired by his policing background, he wrote it by creating an “investigation room” with a map of the capital, routes taken by the characters and files containing information about each statue.

“I was very pleased to finish it,” he said. “Even when it wasn’t picked up, I felt proud because a lot of people want to write a book but most of them don’t see it through.

I’m even happier now that it’s out and people are buying it. I’d love to adapt it into a film as the statues could easily be done with CGI and the story is open-ended for a sequel.

“We live in a beautiful world but we’re terrible at living in harmony with it. We’re very selfish and governments tend to make decisions based on money and getting
re-elected instead of what’s right.

“It’s not just the obvious things like reducing our carbon footprint or cutting down trees.

“We also exploit wildlife horrendously and can’t sustain our abuse of our natural resources forever.

“I think the planet will survive but we won’t — just look at covid-19, which came from an animal market. If we don’t change, then the world around us will whether we like it or not.

“The idea of statues coming to life is a fantasy but we’re in danger of far worse.”

• Stonechild by Kevin Albin is available from Amazon. A digital download costs £2 and the paperback edition is £5.99.