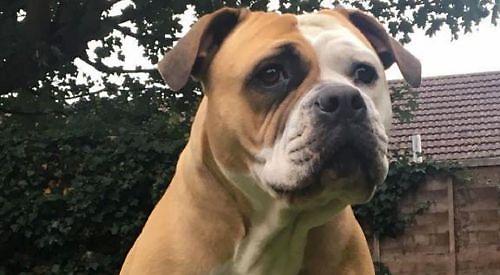 THE owner of a dog which disappeared on a country walk near Henley has appealed on television for her safe return.

Luca, a five-year-old American bulldog belonging to Virgil and Oana Tatomir, is believed to have been stolen while off her lead exploring woodland at Nuffield on May 11.

Mr Tatomir, from Nuffield, was interviewed about the incident on the BBC’s The One Show.

He said: “There are no words to describe the amount of hurt and pain. I will look for her the rest of my life. I just want to know what happened to my baby and I want her back.”

The show revealed that dog thefts have risen by 65 per cent since the start of the coronavirus lockdown.

Presenter Kevin Duala and his schnauzer Piri also visited the Oakley Veterinary Clinic in Caversham to learn about the benefits of having pets microchipped and were filmed walking along the Thames Path in Henley.