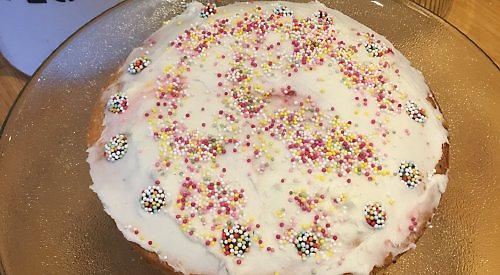 CAROL DECKER is a woman of many talents. Although she is best known as the singer with T’Pau, she may be making a case to appear on the next celebrity edition of The Great British Bake Off.

Decker, who lives in Henley, shared a photograph with her 47,000 Twitter followers last week of a beautifully baked cake, topped with icing and sprinkles.

With it, she tweeted: “I could SO win #BakeOff.”

Decker is no stranger to the kitchen, having reached the quarter finals of Celebrity MasterChef in 2018.