Watch out... kites are getting braver 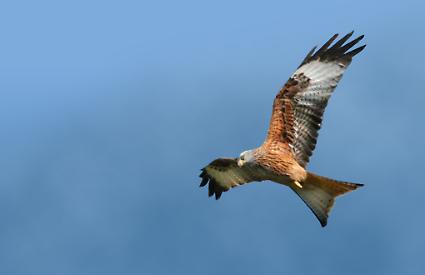 AS anyone who has been following the debate about red kites in the letters pages will know, the birds are getting bolder.

Karen Bridges, from Woodcote, was sitting on a bench in Hambleden recently when a kite swooped down from behind her and snatched a sausage roll from her hand.

The retired teacher tells me: “I didn’t see or hear it approaching but it slapped me quite a lot with its wings while trying to steal what it could.

“I tried to get another sausage roll from my bag and it then tried to steal my friend’s doughnut. It goes to show they’re becoming far too brave.

“It all happened so quickly in a blur of feathers. The bird didn’t screech but apparently I did.”