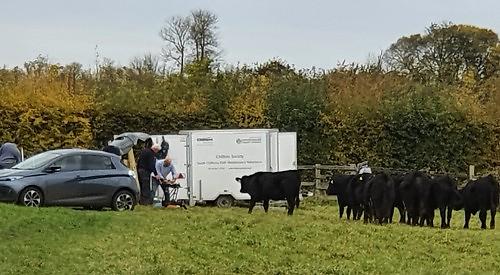 MEMBERS of the South Chilterns Path Maintenance Volunteers were replacing a stile with a gate in Cottesmore Lane, Ewelme, when they were joined by some spectators.

There was more interest from a passing driver who stopped to say he had installed the original stile.

Steve adds: “We gave him the step from it as a
keepsake.”