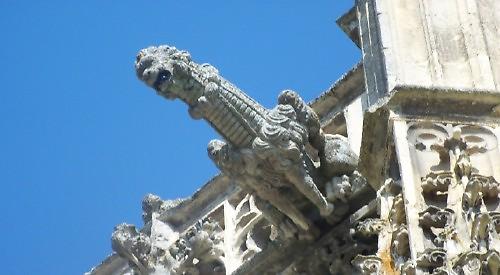 A centenarian, who died in April, has bequeathed Falaise two million euros (£1.7 million).

According to Le Parisien, the woman was neither born nor died in the town, but she had worked there before moving to live in Caen. She was a widow and had lost her only daughter.

Hervé Maunoury, the Mayor of Falaise, revealed the donation after the necessary paperwork was submitted to the city council.

He said: “It’s a big surprise for a town like ours. The bequest is equivalent to 10 per cent of our annual budget but such generosity also gives us a responsibility. We must live up to this gesture.”

Mr Maunoury said one million euros would be set aside for “post-covid projects” and the other million would be invested. He said: “We have some leads on cultural heritage projects, youth, clubs and sports. Quite a few projects that are just waiting for additional funding.”

It is not the first time the city has received a legacy from a former resident.

Mr Maunoury added: “The Falaisiens are very attached to their city. Each time it is people who have lived in Falaise, moved elsewhere because of their age and, despite everything, decided to bequeath property to the city.”