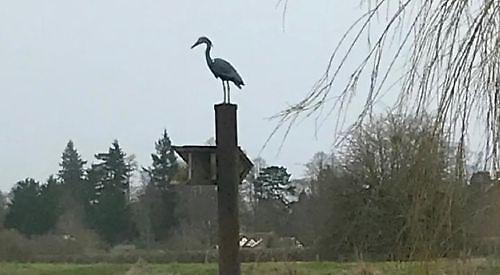 ONE of the survivors of Storm Eunice was a well-known landmark in Goring.

Julian Kennard posted a picture of “Henrietta” the heron on the river on social media.

He said: “She has shown resilience in the face of adversity whereas her poor brother Henry succumbed to Storm Ciara [two years ago], leaving just his feet behind. Well, he was almost 30.”