My memories of mayor and Midnight Matinee 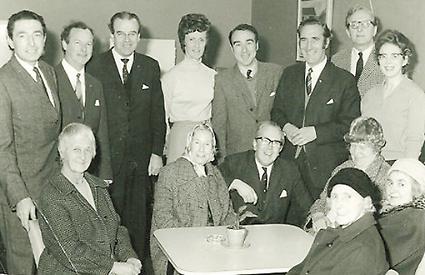 Both used to be on the town council and he was mayor for a record four times between 1971 and 2003.

The friends were also members of the organising committee for the annual Midnight Matinee, which raised hundreds of thousands of pounds for many charities over several decades. Tony was chairman from 1968 to 2004.

Laureen, who lives in Bell Street Mews, sent me this photograph of the committee of 1972/73 and can remember all those in the back row. Tony is far left while Laureen herself is far right.

The others are, left to right, Norman Turtle, manager of the then Westminster Bank in Market Place, Gordon Mintern, who was manager of the Regal Cinema, Pat Green, Peter Williams, manager of the Provincial Bank (now part of NatWest), John Green, a councillor and one-time mayor, and Mr Hearn, who lived at Red Lion Cottage in Greys Road.