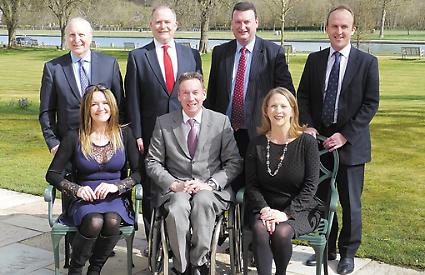 THE BBC’s security correspondent made a guest appearance at Phyllis Court Club in Henley on Friday.

Frank Gardner, who lost the use of his legs after being shot in 2004, addressed 180 members of the Thames Valley First business group.

The 52-year-old relies on a wheelchair but stood with the help of a walking frame to deliver his 40-minute speech without notes.

He talked about his career and gave his thoughts on current world issues including the mounting tension between Russia and the West over Crimea.

Bill Gornall-King, the group’s chairman, said: “The audience were enthralled from start to finish. Frank is an amazing and extraordinary man. He was an inspiration to us all.”