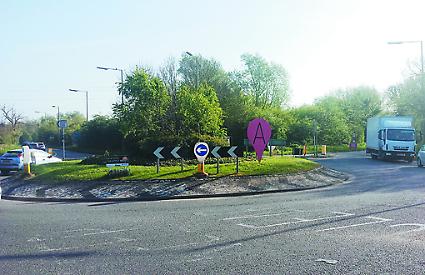 A GIANT Google Maps “pin” has been spotted on Playhatch roundabout. The red sign with the letter A resembles a destination marker on the internet search engine.

It appeared on the roundabout on the A4155 last weekend but it is not known who is behind it.

Last September, a post box appeared overnight on Sonning bridge. Could the same pranksters be at it again?