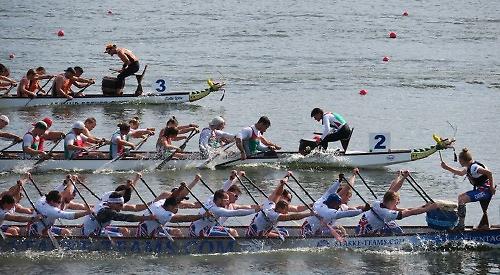 TEN paddlers from the Henley Dragons paddlers competed for Great Britain in the European Championships in Bradenberg, Germany.

After months of intense training sessions and trials, five were selected to represent the under-18s, who earned themselves three bronze medals in the 200m mixed, 200m women and 500m mixed boats.

The women also showed their worth, narrowly missing out on gold by one second, also from Germany, in the 500m sprint, finishing less than a boat’s length apart.

Henley’s youth team also did themselves proud by earning themselves three bronze medals against stiff competition.

In previous years Team GB have been battling against Hungary and Italy, whilst this year they were competing directly with Ukraine and Germany, the best in Europe.