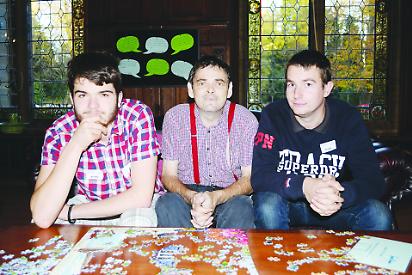 THE family of a dead man who sued a hospital which had accidentally delayed his cancer diagnosis by more than five years has settled the case out of court.

The relatives of Tony Stevens, who died on New Year’s Eve 2015, have accepted an undisclosed sum from the Royal Berkshire NHS Foundation Trust just days before a hearing was due to take place at the High Court.

In January 2010, Mr Stevens underwent an ultrasound scan at the Reading hospital after reporting pain in his lower body, shortness of breath and blood in his urine. This revealed early signs of a tumour on his right kidney.

However, according to a report by the hospital trust, the findings weren’t sent to his consultant and he was never contacted for a follow-up appointment.

Mr Stevens, who lived in Dunsden Green and used to manage the Jet petrol station in Reading Road, Henley, assumed nothing was wrong because his symptoms cleared up.

But in July 2015, the 48-year-old was referred back to the hospital for unexplained weight loss and pain.

Tests showed the tumour had grown and spread to his lungs, lymph nodes, bones and brain. He was told there was no hope of treatment and given six months to live.

He spent his final days at the Sue Ryder hospice in Nettlebed, during which time he lodged a formal complaint against the trust.

By this stage he had a large tumour destroying his ribs and pressing on his chest nerves, several growths attacking his spine and a large “destructive” bone deposit in his right kidney stemming from a “very large” renal cell cancer.

He had lost more than a stone and experienced muscle wastage, reduced appetite, night sweats, difficulty swallowing and stomach upsets.

The trust’s report, which the Henley Standard has seen, says it was a “serious incident” with “catastrophic” consequences and that had the consultant seen the results of the 2010 scan the outcome “would have been completely different”.

The test showed a “complex mass” about the size of a table tennis ball on Mr Stevens’ right kidney.

It could either have been a swollen blood clot or a tumour and the radiologists assumed it was the former so did not treat it as a high priority.  If the surgeon had seen it, he would likely have referred Mr Stevens to a urologist for more tests.  A printed copy of the scan was kept in the X-ray department and the error was discovered when Mr Stevens had another ultrasound scan in 2015.

It said radiology procedures weren’t logged electronically at the time but kept as hard copies and circulated via internal post. It found “no evidence” that the scans ever reached the consultant.

Before Mr Stevens’s death, the trust’s then chief executive Jean O’Callaghan apologised for the “severe delay”. The trust has since rolled out a computerised referral system and ordered radiologists to raise concerns directly with colleagues.

Mr Stevens’s family sued for negligence, claiming his chances of survival in 2010 were higher than 90 per cent.

According to their solicitors, the trust’s lawyers claimed the delay would have made no difference and he would have died anyway despite the report’s conclusions.

A three-day hearing was scheduled to start on Monday.

Mr Stevens’s sister Teresa Whittall, from East Hagbourne, said: “The first feeling that comes to mind is anger as this has dragged on for so long and ought to have been settled while Tony was still alive.

“All he wanted was an offer and an apology so when he died I felt we had to take it further for his sake.

“It’s so hard for us to think he could still be here with us if they hadn’t made that mistake.

“The best thing to come out of this is that the hospital has improved its systems for handling this sort of thing. It should never have happened but at least some good can come out of this if we can prevent it from happening again.”

Mr Stevens lived in the Henley area all his life and was also a part-time caretaker at Eye and Dunsden village hall, which once housed the village school he attended.

In his final weeks, he discussed his experiences at the hospice with the Henley Standard to encourage donations to Sue Ryder’s Christmas appeal, which made more than £21,000. Mr Stevens was told the good news shortly before he died.

Dr Lindsey Barker, medical director of the Royal Berkshire trust, said: “The trust deeply regrets that the standard of care Mr Stevens received in 2010 was inadequate and this caused him to suffer.

“We offered our sincere apologises at the time to Mr Stevens and his family for the impact this had on their lives and are pleased that all parties have worked together to achieve a resolution of the claim and settlement.”