Concert to mark the restoration of village hall 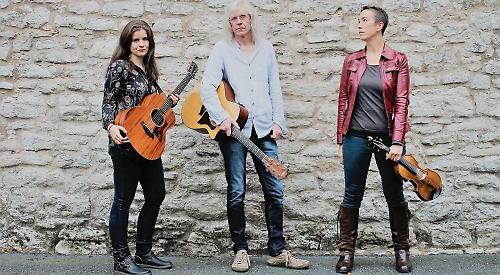 A CONCERT to celebrate the end of extensive improvement and restoration work to Eye and Dunsden village hall will take place next Saturday (November 11) from 7pm.

They are currently touring in support of their new album, Mirabilia.

The band are known for using more unusual instruments alongside traditional guitars and fiddle, with five-string violin, eight-string baritone guitar, mandolin and bouzouki all featuring in their music.

Guitarist Steve Downs, who will be joined onstage by fiddle player Sarah Ibberson and guitarist Char Watson, said: “We’re definitely not purists where music is concerned. We love to blend different musical flavours together.”

Work to renovate the Victorian building began in July and includes creating a new reception area, kitchens and bathrooms and extending the main hall.

An old foundation stone, which was found behind sheds in the grounds, has been set into the wall of the new sunroom extension. The hall opened in 1980 but the trustees wanted to make it more appealing to community groups and suitable for more events.

The rest of the money came from parish council donations, money saved by the hall committee and fund-raising events.