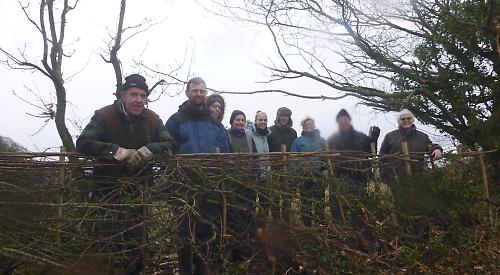 THE Eye & Dunsden Poors Land Charity has received a £6,000 grant to restore hedgerows on its land in Sonning Common from the Trust for Oxfordshire’s Environment and Grundon Waste Management.

The restored hedgerows will enrich the local environment and increase diversity of plants and encourage the return of birds such as the wheatear that are disappearing from our countryside. The improvements will also benefit local people using the footpaths.

Marian Parker, who chairs the charity, said: ”The hedgerow was in serious need of restoration and the work that Clive has undertaken already looks fantastic.

“We very much look forward to seeing the hedge grow as it will enrich the local environment in so many ways.”

A workshops on the traditional skill of hedgelaying will be held tomorrow (Saturday). Anyone interested in taking part should call the clerk to the trustees on (01491) 412908.