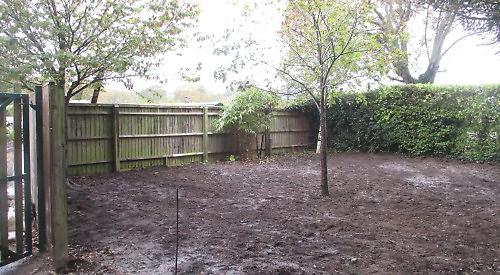 Parents, staff and pupils have transformed a corner of the playground which was previously a neglected muddy patch.

They installed artificial grass and a brick-paved pathway as well as circular benches around two birch trees, a wooden gazebo with seats and a table. During break times, children who don’t feel like running around or playing games can instead sit and read, talk with friends or just unwind before lessons start again.

The idea was suggested by pupils as part of a revamp which also included a new artificial pitch that was installed last year. The children helped with the design. The school’s parent-teacher association raised the money and helped organise a working party to clear the ground for contractors over a rainy weekend in September.

It was decided to use artificial grass because a swimming pool was there in the Nineties and the foundations are still in the ground so real grass might not grow.

Headteacher Katherine Page-Howie said: “We’re still tallying up the cost but it was money well spent. It has given the children more space and more choice if they don’t feel like being active.

“They feel like they own it because they’ve been involved in the process and they’ve seen that you have to raise money for the things you want, which is a good lesson for later life.”